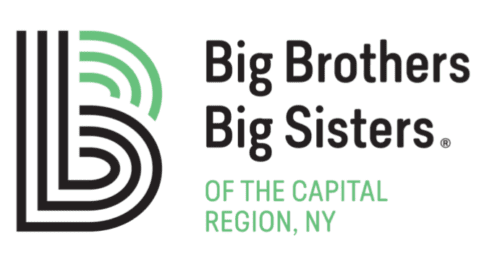 On this year’s Giving Tuesday, Big Brothers Big Sisters of the Capital Region, BBBSCR, took the opportunity to award one individual and one organization for their commitment and support to their cause. This year’s Hero Lunch took place at the Hearst Media Center in Albany, NY. Our Vice President of Sales, Pat O’Donnell, was honored with the “Supporter of the Year” award for his commitment and contribution to the works done in the Capital Region. He spoke about the grand impact Big Brothers and Big Sisters have on the Capital Region community. He called for all attendees to take action and support their mission. Pat currently volunteers his time as the President of the Board of Directors for BBBSCR. Noble Gas Solutions is proud to have team members who dedicate themselves to charitable work on and off the clock! SEFCU was awarded the “Partner of the Year” award for their charitable donations towards the cause.

Those who attended the lunch were given the opportunity to hear from various speakers. Many speakers chose to share their experiences as a Big. Guests heard stories of a speakers’ own troubling childhood that could have been different if BBBS had been involved. They considered themselves lucky for having two parents who fully supported and guided him, but not everyone has that luck. Lastly, members of the BBBSCR team shared the results of the organizations campaigns and donations and thanked their sponsors.

Attendees were really in for a treat when Big Brother, Michael, and Little Brother, Tyler, joined the group to share about their experience working together. Having the pair join the lunch and share their thoughts really helped display just how Bigs can defend their Littles from missing out on their full-potential. The duo shared how they got off to an awkward start, comparing it to a funky first date, but how they have been able to solidify their relationship and trust each other with thoughts and concerns. It was obvious to all that Michael and Tyler were a great pair, and after a year they were happy to still spend time together. Tyler has since joined his Varsity football team, proving his great potential to his coach, and himself. Michael refused to take credit for this achievement, his job was simply to defend his Little, not save him.

Big Brothers and Big Sisters of The Capital Region: Re-branded

During the Hero Lunch, the organization launched their re-branded image. The Bigs involved were to no longer be referred to as heroes; instead they were Defenders of the potential in every child. They rolled out a new mission, a new logo, and reaffirmed their commitment to the Capital Region community. A new commercial was shared, tugging at the hearts of everyone in attendance. Many guests began asking how to donate, how to become involved, and how to qualify as a Big. There is currently still a waiting list for potential Littles to be matched to a Big Brother or Sister. If you would like to become involved with this noble cause please go to their website for more information.