Looking for a unique event to attend this summer in Albany, NY? The Times Union Center and Albany Capital Center will host the first ever Aurora Games in August 2019. Noble Gas Solutions got an exclusive inside scoop on what the Aurora Games will bring to the Capital Region and the world of sports.

What is the Aurora Games?

The Aurora Games is named after the Roman goddess of Dawn. To top sports marketing executive, and Aurora Games creator, Jerry Solomon, a new dawn means a new day is ahead. In every new day, we have a new beginning where anything and everything is possible. Solomon strongly believes that the time has come for women sports to have its own platform. This passion to create a platform came to be after watching the Olympics at Rio. He noted that while there were more female athletes competing, their male counterparts were receiving more coverage. This was the moment for women in sports to take a stand. Soon enough, the seedling of an idea started to blossom into a full-blown 6-day event. 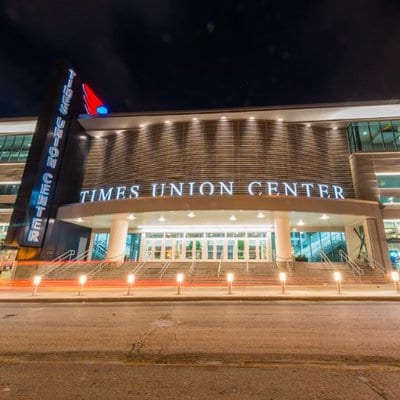 The Games will include the following sports events; tennis, gymnastics, basketball, ice hockey, figure skating, and beach volleyball. So far, there will be two teams, representing the Americas and the World. The stages will be transformed throughout the week for each event, a feat that the Times Union Center and Albany Capital Center are more than capable of handling. Albany is proud to host the first biennial Aurora Games and showcase our great Capital Region. You heard that right; this event will take place every two years, specifically on Olympic off-years to avoid competition. 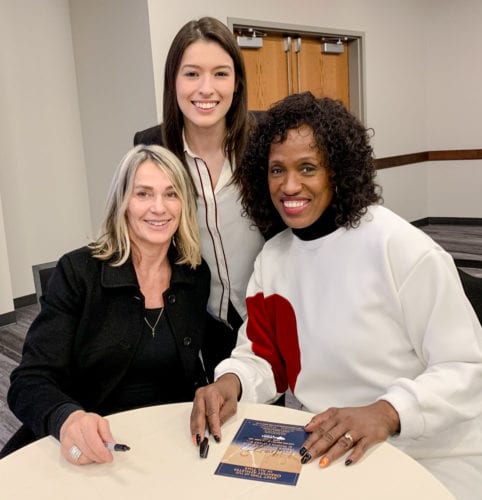 There will be an advisory board made up of iconic personalities from sports, entertainment, and business judging the competitions. Amongst the board are Olympic athletes Jackie Joyner Kersee, Nadia Comaneci, Tenley Albright, Nancy Kerrigan, and Donna De Varona. Board members will be responsible for scoring, coaching, and driving the passion for this celebration of strong women in sports. Members of our Noble Team had the privilege to meet two of these Olympic athletes, Kersee and Comaneci, at an exclusive reveal event hosted by Hearst.

How do I attend?

This is an event you don’t want to miss! Tickets go on sales on March 8th, just in time for International Women’s Day. You can now reserve Group and VIP tickets by calling Alyssa at (201) 926-8078. Fans will be able to enjoy musical performances, food tastings, sports clinics, and autograph sessions as the week progresses. For more updates, follow Aurora Games on twitter @AuroraGamesFest or visit their website.